(Summary description)Alumina ramming mass manufacturers tell you that refractory castables have been gradually developing in the sales market due to their advantages of convenient construction, high quality and low price, and easy use of fireproof materials.

(Summary description)Alumina ramming mass manufacturers tell you that refractory castables have been gradually developing in the sales market due to their advantages of convenient construction, high quality and low price, and easy use of fireproof materials.

Alumina ramming mass manufacturers tell you that refractory castables have been gradually developing in the sales market due to their advantages of convenient construction, high quality and low price, and easy use of fireproof materials. Many problems related to the application of castables will be encountered slowly by everyone.

In short, the key points of the refractory castable construction process. The mixed refractory castable should be poured within 30 minutes, or completed within the required time according to the engineering construction instructions. Castables that have been initially set should not be used. The manufacturer of Alumina ramming mass tells you that the refractory castable is made of stone, granular material and fusion agent. It belongs to the raw material of cementitious material. It should be applied within the required time after mixing with water. The time should be based on the type and material of the castable presented by the supplier, and the actual operation should be in accordance with the supplier's engineering construction instructions.
The manufacturer of Alumina ramming mass tells you that the castable should be stored in a warehouse with an organic cover, and should not be exposed to rain or moisture, and the storage period is four months. During the construction of castables in the project, the setting of swelled joints should be strictly controlled according to the requirements of the swelled joints index. Use linoleum felt or rock wool board to leave swelling joints on the wall tiles that are in contact with the castable. During the construction of the project, a forced mixer should be used to mix the materials, and a manual service shovel should not be used for mixing. It is forbidden to mix and apply castables of different steel grades. When applying, pour all the raw materials in the whole bag (including large bags of stones and small bags of granules) into the mixer, and there must be no leftovers or part of the application.
The manufacturer of Alumina ramming mass recommends that the working temperature of the injection project be 10 degrees to 30 degrees. During the construction of the project in summer, it is forbidden to place the castable in the sun, and it should be placed in the shade. The construction site should be used as a sunshade, and the mixing temperature should not be higher than 20 degrees. In winter construction measures, when the working temperature is less than 5 degrees, warm water should be used for mixing. After the construction of the project, appropriate heat insulation measures should be adopted to maintain the working temperature at about 5 degrees, and the mold release time should be at least 48 hours. When the working temperature of the engineering construction is less than -5 degrees, the engineering construction is prohibited.
After the water is released, the mixing time is 2 to 3 minutes. It should be mixed evenly, and there should be no problems with the introduction of dry materials and agglomeration. The mixed material should be used up within 30 minutes. The material after initial setting should not be mixed with water and should be discarded. The manufacturer of Alumina ramming mass tells you that the aspect ratio of multiple discharges in the template should not exceed 30cm. After the material is loaded into the template, it should be spread out evenly. The vibrating rod should be inserted straight, fast inserted and slowly pulled out, and the depth should be 1 to 10cm of the lower lining to ensure the connection between the upper and lower linings. The slurry is suitable, and the mold is released 24 hours after the pouring is completed, and the natural maintenance is maintained for 24 hours after the mold is released.

Scan the QR code to read on your phone 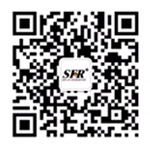 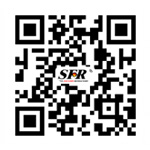